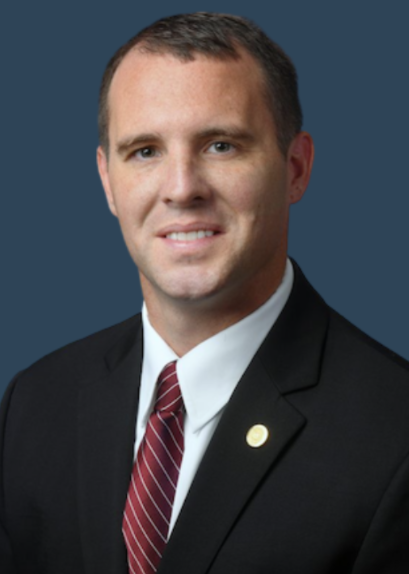 Thomas began his early years of schooling at St. Patrick’s Elementary in Ada, and then moved on to Belding High School. He attended the University of Michigan where he majored in both political science and history. After completing military service, Thomas used the G.I. Bill to attain a Master of Business Administration (MBA) from Michigan State University with a concentration in finance. He then obtained the Chartered Alternative Investment Analyst (CAIA) certification.

Upon graduation from the University of Michigan, Thomas was commissioned as a Marine Corps Officer. He spent the next year attending training schools in order to enter the operational forces. In 2009, Thomas deployed to Iraq as an advisor to the Iraqi Army in the Anbar Province. After leaving active duty, he continued to serve as a reservist until 2013. After completing his MBA in 2013, Thomas worked as an investor for the State of Michigan Retirement Systems.

Thomas was born and raised in Kent County, and is the youngest of five sons. He is proud that his father is a retired teacher, his mother is a retired social worker and his four older brothers are all law enforcement officers in West Michigan. Thomas and his wife, Erica, were married in 2010, and now have three children. They live in Lowell.

Representative Albert is Chair of the House Appropriations Committee.